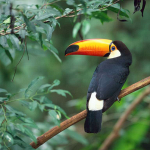 Hi, welcome to Saving Private Ryan Wiki! Thanks for your edit to the User:Snivystorm page.

Snivystorm, you have just been promoted to admin, keep your good work up, thanks and welcome to the team!

Oh and just a reminder that Toynbe was shot in the back when he was retreating to the Alamo, it can be seen easily.

Hey Snivystorm, I havent been on any network for the past 6 days due to internet problems, anyways, your ideas seem bright and would make this Wiki more interseting, proceed with your ideas, you have the green light.

Do you think other categories like "Ryan's men" or anything detailing their distinction (Allies, Nazis, etc.) would be helpful?Gunman6 (talk) 06:25, November 16, 2013 (UTC)

Identifying some of these soldiersEdit

I don't have a copy of this film anymore and have done a rather thorough bodycount for the film but don't recognize this soldier. I'm guessing he's another unknown extra but am checking with you since he could easily be one of the others who is seen running away before being shot/beaten to death by enemy forces.

The soldier in the pic above is Fallon, I have the movie, you can recognize him because he is the only soldier during the battle in Ramelle to have goggles on his helmet rather than Parker.Zimimi (talk) 19:42, November 22, 2013 (UTC)

Hey, whatever way you guys want to do it. I'm just saying anybody can take over from me. I did suggest the adoption thing, because I don't know if I'm still a Bureaucrat here and that I'm allowed to promote anyone. If I am though, then hold your voting thing, and I'll give it to whoever wins. Cheers! AnyGuy (talk) 20:56, December 24, 2013 (UTC)

Hey, I just checked and I still have my Bureaucrat rights, so I can still promote people. However, it seems that Zimimi has already been made a Bureaucrat, so I don't know if you really need me to do anything, since the wiki already has an active Bureaucrat and he can make you one whenever you two feel like it. AnyGuy (talk) 04:36, December 26, 2013 (UTC)

You could still be an occasional user like once a week or something like that so there is no real reason to remove your rights if that be so? Snivystorm (talk) 09:15, December 26, 2013 (UTC)

I'm not totally ruling out any future editing, but I cannot guarentee constant editing. I suppose I don't have to have my rights removed though, but I was more keen on making sure this site had an active Bureaucrat than keeping my rights. AnyGuy (talk) 05:12, December 29, 2013 (UTC)

I don't know if you know this or not; but I have a vast knowledge of firearms; including variants, attachments; the works. That's why I added the changes. Plus if you want to have good weapon pages; they need to have accurate titles and accurate information; which is something I am providing to this wiki.-Secord (talk) 20:12, January 31, 2014 (UTC)

I'm currently trying to start up two other Crime-Action related wikias. Let me know if you're interested in assisting in any way: Michael Mann Wiki and David Ayer Wiki.--Gunman6 (talk) 01:25, March 29, 2014 (UTC)

RE: the edit on Corporal Fred Henderson, I think you misunderstand. He's basically saying 'the best we could muster up is me, a corporal' - but he's just saying it in less words so 'the best we could muster up is a corporal', thus telling Miller that he's the highest ranking surviving officer. Miller can see from his rank that he's a corporal, so could easily deduce that he's the highest NCO there. --Ima Wiz Iway amway Imagineway Izardway. 18:39, June 2, 2014 (UTC)

Hey Snivystorm, my name is Captain Miller, and I randomly found your wiki while searching Community Central. I've decided that I want to help moniter your wiki, and add content to it. Also, my last name is actually Miller. Capt. MillerTalk 13:57, June 25, 2014 (UTC)

Hey, dude.  I cleaned up the Battle of Ramelle section to make it more professional.  There was some factual errors, that's all.

Hey Snivystorm, so I watched Saving Private Ryan yesterday out of boredom, Toynbe wasn't wounded, he was shot in the back, and was seen hurt, but then died in the same place.Zimimi (talk) 20:03, July 11, 2014 (UTC)

In-accurate; that's not even his body. He clearly blown to smithereens once the one artillery gun fires upon the tank that he and the others are rummaging through and you can't miss it because he becomes instant hamburger meat in a blast of fiery red. --Gunman6 (talk) 22:29, July 11, 2014 (UTC)

:Having another corpse with the same weapon doesn't prove anything and is inconclusive. I've seen that scene various times and he along with the other soldiers are blown the hell up by the incoming on-slaught of bullets. None of the corpses match his body. He yells without a doubt, sure, but does he make it? Not at all.Gunman6 (talk) 07:23, July 12, 2014 (UTC)

If I remember correctly, I'm pretty sure that Toyne was the only one on the left side of the tank (from the Alamo's perspective) therefore I feel he was the only who could have been shot, unless there is a another soldier which I have missed out. I don't feel that the evidence is completely inaccurate but Gunman is right that we need a more accurate image to display the item on the dead shot or/and something more unique to him other than the Carbine. Sorry for being away btw. Snivystorm (talk) 10:26, July 12, 2014 (UTC)

There's definitely other soldiers wounded and who crawl away and are likely killed or somehow survived off-screen but again looking at similar looking guys or guys with similar weapons are going to bring Toynbe back to life. I didn't make sure to redo the body count for nothing; even the official site lists him as deceased and it's not hard to see why because he's on the tank.

If you guys want to search for other background characters, be my guest but Toynbe had nowhere else to go and his death couldn't be any more visible to the eyes.--Gunman6 (talk) 05:54, July 13, 2014 (UTC)

About the helmet scrim. Edit

Toynbe, Weller, Garrity, and Henderson were the ones who used helmet scrim, Henderson died in the same building with Mellish, Garrity got blown up along with Fallon, Weller got shot along with Lyle (Lyle was shot without his helmet on).Zimimi (talk) 19:09, July 12, 2014 (UTC)

Toynbe was the only soldier in the WHOLE movie that had a knife wrapped to his leg!Second of all, there was a soldier that escaped from the Flak gun UNHARMED, it was seen when Jackson tried to take a shot at the Flak gun, but couldn't see it, those 3 new screenshots pretty much kill this argument in favor of me :)

DAMN sometimes its nice being the right one!

Okay, calm down I never said you were wrong. I just have one final query. The man running away can't be seen to be wearing the helens scrim, so how can you be sure it was him who fled and that he wasn't caught in the crossfire? Snivystorm (talk) 09:16, July 13, 2014 (UTC)

Because its far away from the camera, Toynbe was the only soldier that was placed on the left side of the tank (the side of the cannon) I guess he wasn't meant to die during the Flak gun scene, so it can't be anybody else rather than Toynbe, if he was not the one killed while retreating to the Alamo, then who was it? Because I didn't see any other paratrooper that had a knife wrapped around his leg, the one in the screenshot is from a YT video, so it can't be that good.Do you have the movie? Or by any possibility can view it in HD? If yes, you can see the scrim very easily, there is also a knife on his leg that differentiated him from the other paratroopers and was easily noticeable.Zimimi (talk) 10:51, July 13, 2014 (UTC)

He's visibly in front of the barrage and the guy who was on the ground wasn't up far on the tank. I'll resee it but this is very confusing as I've seen this numerous times. Overall, the encyclopedia claims this: http://www.sproe.com/t/toynbe.html Gunman6 (talk) 19:30, July 13, 2014 (UTC)

Eh, I'm sorry but you can totally tell the difference between what I've wrote on the Ramelle page and what's been edited or added.

"Privare Reiben would act as bait on the Rabbit vehicle to get the Germans to go down the Main Street."

I'm glad you started this wikia, so have fun with it.

Still alive, no need to worry. I may seem inactive, but I monitor this place from time to time, most of the time I'm not logged in.

Me there hun Edit

The final sentence on his article reads, "On his way, he was killed when a panzerschreck shell launched Fallon into the window." I'm assuming that was an error on someone's part. I would correct it myself but I'm not sure how he dies. I thought I would bring it your attention to see if you knew the correct information to add. Shaneymike (talk) 00:24, July 19, 2019 (UTC)

Retrieved from "https://savingprivateryan.fandom.com/wiki/User_talk:Snivystorm?oldid=9168"
Community content is available under CC-BY-SA unless otherwise noted.